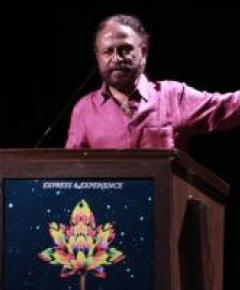 National Award winning filmmaker, Ketan Mehta, interacted with our enthusiastic students on the Art & Technique of Animation. The session was a part of the 5thVEDA – a cultural hub initiated by Subhash Ghai and Whistling Woods International to develop the artistic skills of the students. The excitement level of the event turned up a notch when students were asked to draw a few basic shapes on the screen. These shapes were transformed into some fascinating animated characters.

A pioneer in the animation industry, Ketan Mehta charmed the students of WWI with his experiences. He shared some illustrations interspersed with his film clips, which were made at his MAYA Digital Studio, the first of its kind in India since 1996. He also discussed how animation and CGI movies will become the future of cinema. The students’ team of 5th VEDA also contributed to the event by introducing an audio-visual presentation on ‘Evolution of Animation’.

Later, the students held a special screening of their animated films, ‘Bejinxed’ and ‘Flight of Desires’. Ketan was highly impressed and said, “There is no limit to the power of animation, so try not to contain your creativity.” He awarded students the DVD of his animated film ‘Ramayana – The Epic’ as a token of appreciation.

Towards the end, Ketan Mehta expressed his appreciation to Subhash Ghai for taking such a great initiative. He also encouraged the students to explore the art of animation now, since it is an incredible period for the animation industry. India is entering the Golden Age of Animation with gaming, commercials, and the digital space offering countless opportunities for expression.

“Animation is like an exciting journey which puts life in an inanimate thing, therefore turning an impossible thing, possible”, he concluded by saying.