The Actors’ Studio has been set up with an objective to help aspiring actors get a holistic understanding of Acting, by teaching them the various nuances of acting primarily for cinema, while also equipping students with the understanding and nuances of other allied acting methods. Students pursuing this course can build an acting career in films, theater and television.

The degree course in Acting is accredited by the Rajiv Gandhi National Institute of Youth Development. 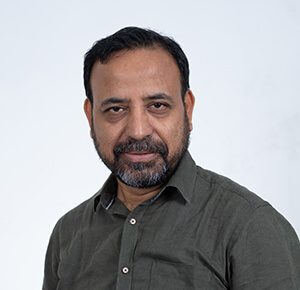 Mr. Pandey is an alumnus of NSD, New Delhi. Post his PG from NSD, he had done a research on ‘Method Acting’ under the aegis of NSD and subsequently studied acting at the Lee Strasberg Theatre & Film Institute,USA. His association with Whistling Woods International began in 2006 as faculty in the acting department while it was headed by Mr. Naseeruddin Shah. His experience of acting in films, television and theatre spans across two decades. Mr. Pandey has taught acting at almost all top-ranking film and drama schools in the country. Besides acting and teaching he has also written, adapted screenplays and directed them. At present he heads the department of Acting. 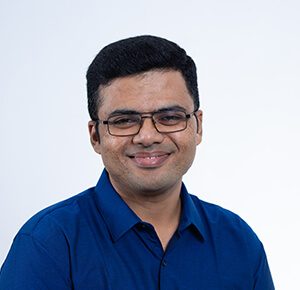 Mr. Bali started working in plays for INT (Indian National Theater) and has also worked with Marathi theater artists. He was a full-length play co-writer that was performed in the National Centre for the Performing Arts (NCPA). Atul Bali has completed Advance Actors training under Mr. Barry John and has worked in experimental plays under the guidance of Pandit Satyadev Dubey. Through his years of journey, he gained experience in various fields like writing, acting, filmmaking, etc. Thereafter, he explored working in the industry behind the camera in various ad films, films with the likes of Rajkumar Hirani films, Vinod Chopra Films. His love for the art pulled him back towards acting after which he got trained to become a professional acting mentor and chose the path of spreading his knowledge. When not teaching he is busy writing and directing his own short films and his current experimental film is in the post-production stage. Atul has a strong knowledge of various acting methods and has been teaching for 9 years now. He believes that we all are students of life. 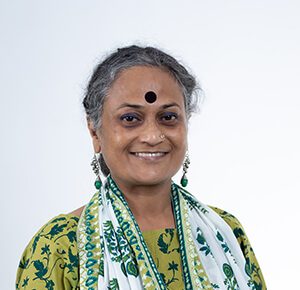 Ms. Bhargava has over 19 years of vast experience in the field of imparting Theatre Training and as a Media Professional. She is a graduate from the National School of Drama, New Delhi and has directed many plays throughout her remarkable career. Her accolades include fellowships and production grant from the Ministry of the Culture, Government of India in the field of Theatre. She is also trained in Indian Classical Vocal Music and has performed in Radio Concerts. She additionally spends her time taking workshops across the country in Theatre and Personality Advancement. As an actor, she has featured in the Popular Series “Sacred Games” on Netflix. Her well known commercial theatre plays include Ladies Sangeet, Bandish and Zoon for Aadyam Theatre, an Aditya Birla Initiative. 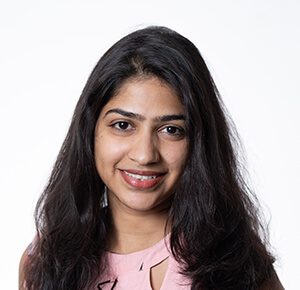 Ms. Bhardwaj is an alumnus from the National School of Drama and trained in dramatic arts. She is trained in various art forms like Koodiyattam (a traditional performing art form of Kerala), Kalaripayattu (a famous martial art form of India), Silambam (a log fighting art of south India), Devarattam (a folk-dance form of Tamilnadu) and Clowning among many others. As an artist, she has performed in various theatre festivals across the country. One of her acclaimed work incorporates working with R. Balakrishnan in Ki& Ka. Besides acting and teaching, she has also directed plays and conducted so many workshops including kids acting workshop. Sonali Bhardwaj has been awarded a Research Fellowship by the Ministry of Culture on Folk Games and Performances. 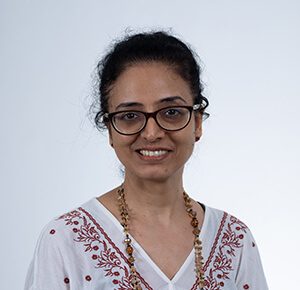 Ms. Irani has a multifaceted career and wears many hats like that of an acting coach, an actor, a filmmaker, a film educationalist, an entrepreneur, and a film critic. She runs her own home production company SBI Impresario Pvt. Ltd and has been involved in research, production, direction for various international film projects with her film company that has been in the industry for more than three decades. Oorvazi Irani is a Graduate in Arts from Jai Hind College, Mumbai and further trained at the Film and Television Institute of India(FTII) & National Film Archives of India (NFAI) for teacher’s training. In 2015, Ms. Irani successfully produced and directed her debut independent feature film “The Path of Zarathustra” in which she acted as well. The film was successfully released in PVR theatres in 5 cities in India and was one of the 15 select films that were screened in more than 15 cities all over India organised by the Federation of Film Societies of India. She has been a pioneer in introducing The Michael Chekhov Acting Technique in India, atechnique practiced internationally by Anthony Hopkins, Jack Nicholson, Ingrid Bergman, Clint Eastwood, Johnny Depp, to name a few. Oorvazi has been in the teaching field for the past 10 years and her experience includes teaching at the Film and Television Institute of India, an International Baccalaureate school and is an International Baccalaureate Examiner. 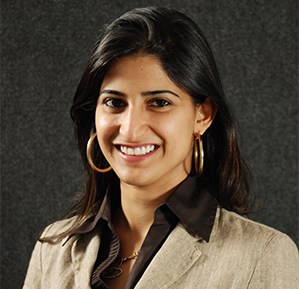 Actor, Lipstick Under My Burkha, The Accidental Prime Minister

WWI has been a huge stepping-stone for me in terms of helping me identify acting as a career path, in a very professional way. I always feel that education in a certain field plays a very long and enriching role in shaping one’s career. One needs to be mindful about what they want to do. You just can’t do a course and then forget and expect things to happen. Being from the 1st batch, we really had to work hard to get work opportunities, but I was always backed by excellent education that I received at Whistling Woods International and by the faculty. My classmates and faculty are like family to me and they are welcome to come to me whenever they need me. I am happy to come back and visit my alma mater. It gives enormous amount of pride and privilege when I visit WWI and share my stories with the students. I am glad that everybody at WWI loves us so much that we always want to keep going back. 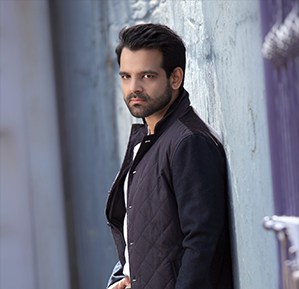 Being at WWI has laid a solid foundation that I was looking for when I was about to start my career as an actor. With its state-of-the-art facilities, it provided me all the know-how of facing the camera and understanding the technical aspects around it. The course helped me understand and become aware of all the facets of filmmaking and collaborate with my colleagues in a better way. The mis en scène exercises, short films and diploma films helped me understand how to develop the arc of the character through the scenes and make it more effective and impactful in the story being told. I was fortunate to be taught by my acting teachers who helped me absorb and understand the nuances of acting through various exercises like imagination, action problem and the awareness of being proficient in my speech. The masterclasses were amazing experience with the insights of all the legends from the film industry, listening to them about their journeys and struggles indeed prepared me mentally to embark on this journey that I was about to undertake. Overall had a fantastic and enriching experience being at WWI.
Close 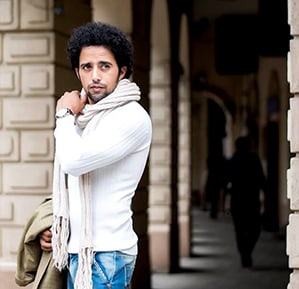 WWI has a special place in my heart. It’s here where I learnt everything that I know today. It helped shape the actor I am. With all the masterclasses and even regular classes I have gained so much knowledge. It is the learning that came in handy whenever I listen action in front of the camera. I learnt the best way to approach my acting career and develop my skills. Not just learning, even the empathy that WWI including the faculty showed towards me is something I’ll forever be grateful for. The Placement Cell has helped me land some great projects. WWI is my second home and my comfort zone.
Close 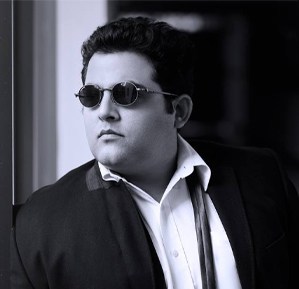 As an actor when one has an educational qualification, it gives one a certain focus and sense of responsibility towards your work. It makes one more confident because of the vast knowledge gained. The academic approach & knowledge imparted at Whistling Woods International moulded the actor that I am today. As a professional, I owe everything to Whistling Woods International. WWI laid the foundation stones of my personality as a professional in the industry. I studied different aspects of acting and at the same time filmmaking too which really helps. WWI has a major part to play in any medium that I am working in right now.
Close 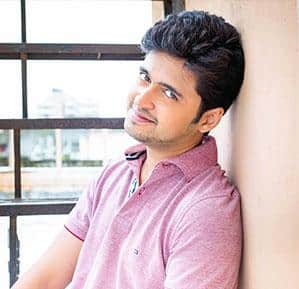 I was really excited to be a part of Whistling Woods International’s acting course. I wanted to practice the craft in a supervised environment and WWI gave me that in form of an amazing faculty & curriculum. And I really imbibed the teachings into my personality. I learned to implement my classroom learnings on student projects with fellow batchmates of other departments. Apart from acting we learnt numerous things that an actor must know like voice modulation, diction, dancing, dubbing, and more. And I highly appreciate that.
Close 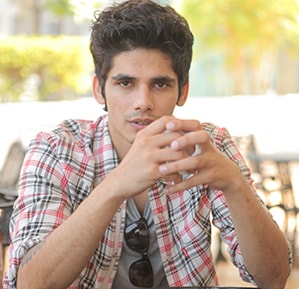 My dad advised me to invest time in what I really wanted to do. I was extremely keen on becoming an actor and that is how Whistling Woods happened. I have always been a curious person and the journey here has moulded me in a completely different person. The formal education at Whistling Woods International played a big role in shaping me as an actor. The lessons I have learnt at WWI imparted a lot of wisdom to me. I learned the approach to be receptive of the various inputs in the industry. WWI taught me the different aspects of filmmaking from camera angles to voice modulation and consistent performance for numerous takes.
Close

Whistling Woods International has been great experience. I do not come from a film background. My father is from merchant navy. After completing my graduation, I had decided I wanted to be an actor and learn from a professional institute. I was reading bombay times in 2005 and saw SG sir with Naseer Shah in an ad and applied for admission. I was fortunate enough to join WWI and be tutored by some of the finest actors in the industry. The training was of professional standards and WWI has best of the the faculty who invest a lot of time in teaching their students. My first break was given by WWI, something I had not expected. I was offered a regional show for Star Pravah and since then have worked on many films and other projects. It was a once in a lifetime experience and being from the 1st batch I have had the best memories here.
Close 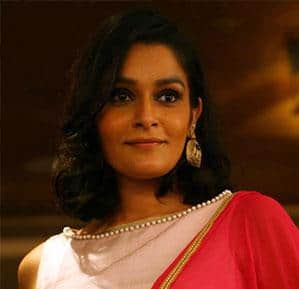 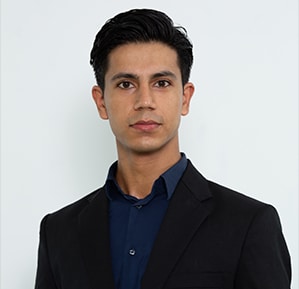 My definite decision to become an actor lacked proper training and guidance on the right attitude in reel and real life. All unawareness came to an impeccable end at Whistling Woods International! I am truly thankful for the discipline taught by SG sir’s masterclasses and the immense exposure to the known filmmakers from the industry. Apart from acting we were introduced to several elite casting directors such as Mukesh Chhabra and Nandini Shrikent. I have worked under Nandini Shrikent and Karan Mally for 2 projects and simultaneously landed a role in Made in Heaven through which I met Zoya Akhtar and Nitya Mehra! All the credit goes to the amazing faculty and staff members helping students turn their passions into pay checks. Lastly, learning consistently from a Maestro like SG sir only bridged the gap between me and the film industry, and I don’t mean contacts, I mean establishing a hardworking and humble nature for the filmmakers you wish to have a contact with.
Close
Go to Top