WHISTLING WOODS INTERNATIONAL IS EXCITED TO ANNOUNCE THE LAUNCH OF AUDEUS TRAX - A MUKTA ARTS VENTURE FOUNDED BY OUR CHAIRMAN, SUBHASH GHAI. 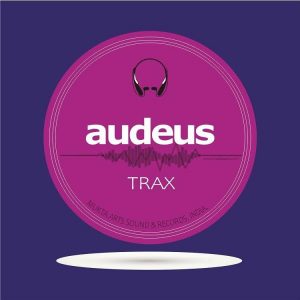 Audeus TRAX is a venture that promotes upcoming talent in the field of content creation, acting, and music. The team carefully curates talent, hones their skills, and promotes them through various projects like music videos and audio podcasts. With the help of a strong presence across all social media platforms, they aim to share constant updates regarding upcoming projects. The handpicked team of hardworking and talented individuals at Audeus TRAX is ardently working across achieving the best possible outputs for all the featured artists and talent. 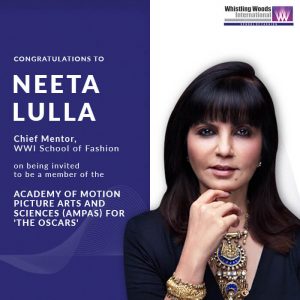 We congratulate Neeta Lulla – Chief Mentor, WWI School of Fashion on being invited to join the Jury of Academy of Motion Picture Arts and Sciences (AMPAS). Known for her world-renowned contribution to the fashion and film industry, she is widely recognised for her work in films like Jodhaa Akbar and Devdas, among others.

Representing India, she will have the voting rights for the 93rd Academy Awards, officially and popularly known as ‘The Oscars’.

Mumbai, June 18, 2020: Whistling Woods International (WWI), Asia’s premier Film, Communication, and Creative Arts institute, announced its collaboration with Disney+ Hotstar, India’s largest OTT streaming platform. With this association, viewers of Disney+ Hotstar can now stream entertaining and thought-provoking short films created by the students of WWI. Over the coming weeks, selected films will be uploaded on the platform on a regular basis and will be available to viewers under the ‘Short Films’ section. Newly uploaded films can also be found in the ‘What’s New’ section.

Through a unique teaching methodology, which combines academic rigour with practical experience, the students of WWI receive an unrivalled education in film, communication, and creative arts. This experience has seen the institute’s students and alumni contribute immensely to India’s media and entertainment domain, and led to the creation of several highly-acclaimed, award-winning films, many of which have been chosen to be featured on the platform.

Covering a wide range of genres and topics, the short films to appear include Alaksha, a fast-paced drama set against the backdrop of the 26/11 attacks on Mumbai and winner of The Perfect 10 award at the Jio MAMI Mumbai Film Festival, 2018; Hoop Diaries, a 2014 sports drama centred around the story of a girl overcoming a deeply personal trauma; Manorath, inspired by Rabindranath Tagore’s short story ‘The Postmaster’ and winner of the Best Screenplay award at the Pune International Film Festival, 2015, among others…

Commenting on the announcement, Meghna Ghai Puri, President of WWI, said, “Whistling Woods International is extremely proud to announce its association with Disney+ Hotstar. Through this venture, viewers across India can choose inspiring and thought-provoking films created by our talented students. By providing a platform to these aspiring filmmakers, to be able to showcase their work, we hope to inspire future generations of artists to pursue their dreams, and follow the institute’s motto of Do What You Love.”

Other films which have already been featured on Disney+ Hostar include Film City, Kanchey, Aalav and 500 Rupay, which has received 7 awards, 6.5 million YouTube views and a nomination in Filmfare.

Whistling Woods encourages viewers to watch these student made films on Disney+ Hotstar to see what India’s next generation of filmmakers have put out there as part of their filmmaking education.

Congratulations to Ayushi Sharma – Student, School of Fashion, for her featured artworks in ‘Utsar – A Digital Art Festival’ conducted by Jaya He GVK New Museum, Mumbai.
She created these artworks showcasing chic and stylish collection inspired by the motifs from textiles of the North East. MS. MEGHNA GHAI PURI, PRESIDENT, WWI RECOGNISED AS ONE OF THE 10 MOST INFLUENTIAL WOMEN LEADERS IN INDIAN EDUCATION, 2020 BY THE HIGHER EDUCATION DIGEST 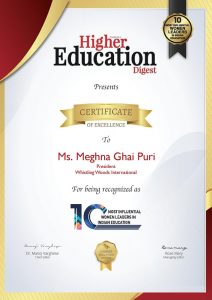 The list features women who have not only proved their mettle in life and classrooms but also devoted their lives to the noble task of carving out a tribe of strong youngsters. 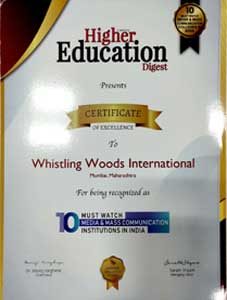 Whistling Woods International has been featured by Higher Education Digest magazine in their list of the ‘10 Must-Watch Media & Mass Communication Institutions in India’. The issue features institutes that have produced generations of students who work in the media and entertainment industry.

The 10 Most Admired Media & Mass Communication Institutes, 2019 in The Knowledge Review Magazine 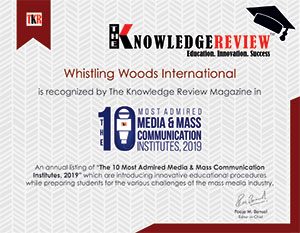 Whistling Woods International has been listed by The Knowledge Review Magazine in their list of “The 10 Most Admired Media & Mass Communication Institutes, 2019”. The list features institutes that are introducing innovative educational procedures while preparing students for the various challenges of the mass media industry. 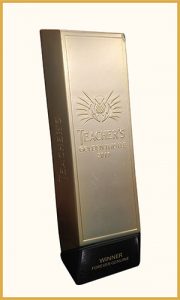 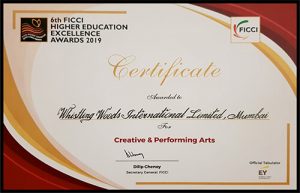 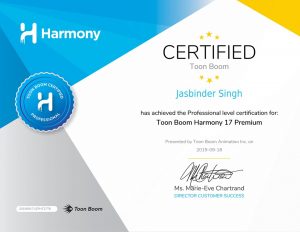 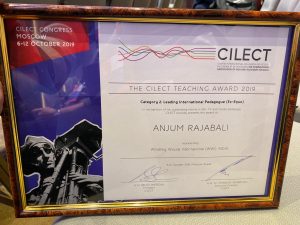 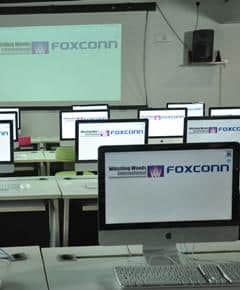 The Sony Media Technology Center: set up jointly by Sony & WWI, is located at the WWI, Mumbai. Sony, the world’s largest M&E corporation, has recognised WWI as a leader in the Media & Entertainment sector globally, and chosen to partner with WWI for focusing on new and emerging technology in the fields of Digital Cinematography and 3D Stereoscopic Filmmaking. There are only 3 such centres in the world, the other 2 being in London & LA. The Mumbai SMTC is the only centre that is in partnership, while the other two are stand-alone centres.

Over 20% of the WWI’s students have been international students 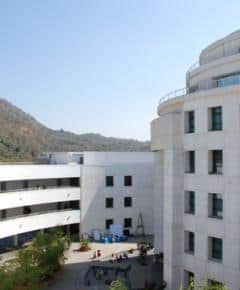 Over 20% of the WWI’s students have been international students – from USA, Canada, UK, Germany, Italy, France, China, UAE, Holland, Bermuda, Nigeria and several other countries.

WWI management is regularly called upon to consult with both the Central government and several state governments on what strategy they should adopt for Film, Media & Entertainment education 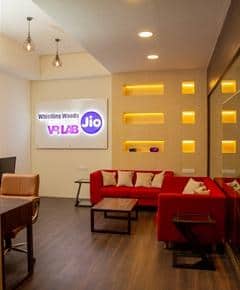 WWI has partnered with The Tata Institute of Social Sciences – one of India’s most reputed universities – to ratify all its courses with BSc, BA & BBA degrees, Diploma, Advance Diplomas & Post Graduate Diplomas.

Academy-awards & alumni – WWI Alumni were part of the Oscar Award winning Animation & VFX team of ‘The Jungle Book’ and the Cinematography & VFX teams for ‘Life of Pi’. In late 2013, President of Whistling Woods International – Meghna Ghai-Puri was awarded a honorary fellowship from Bradford College, UK for her contribution to global Film & Media education.

WWI has graduated over 1900 students till date with over 90% gainfully employed with several leading Film & Media organisations in India & overseas.

Whistling Woods International has provided scholarships & fee waivers to less-privileged students of over US $ 1million over the past decade.

Mr. Subhash Ghai honoured as the ‘Education Evangelist of India’ by Skilltree 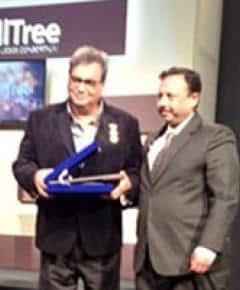 In early 2014, Mr. Subhash Ghai, Founder & Chairman, WWI, was honoured as the ‘Education Evangelist of India’ by Skilltree Foundation. He was also awarded the Karamveer Chakra, by the International Confederation of NGOs, (ICONGO) a United Nations body, for setting up Whistling Woods International.

WWI-created Media studies programmes have been rolled out, through the CBSE Board, in hundreds of CBSE schools across the country (in 2010).

Unique Education – WWI offers education in key verticals for the first time ever in India, namely:

c. 3D Stereoscopic Filmmaking – the only school to have had a complete 3D stereoscopic filmmaking pipeline, from camera to screen.

WWI is rated in 2015 by Forbes India as among the ‘Top Institutes of Influence’ globally. 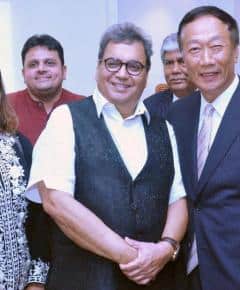 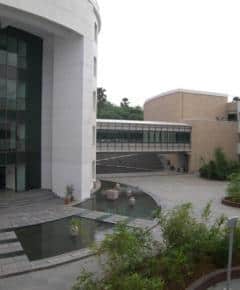 In June 2014, Whistling Woods was recognised as a ‘Great Place to Study’ by Skilltree Knowledge Consortium and was award as such by the UK House of Commons. Accepted as a full member of CILECT In 2010, WWI was accepted as a full member of CILECT (Centre International de Liaison des Ecoles de Cinéma et de Télévision) – a global association of film schools, which lays very high standards on admitting members (of the 3000+ film schools in the world, CILECT has accepted only 160 schools as members).