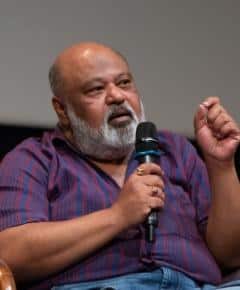 “Failure is the real teacher. Success teaches you nothing”, revealed the celebrated Indian actor-writer-director, Saurabh Shukla at the 5th Veda session, hosted by WWI

From portraying the path-breaking role of a gangster in the movie ‘Satya’ to depicting an eccentric judge in ‘Jolly LLB’, Saurabh Shukla has always captivated the audience with his versatile performance. At the session organised by the cultural hub of Whistling Woods International (WWI), the learned actor-writer-director, shared his journey and success mantras with the curious learners of the institute.

In a nostalgic conversation with Subhash Ghai, the prolific actor shared how he decided on practicing theatre, and the role of his parents, who acted as a strong catalyst behind his fascination for cinema. Narrating the experience on being rejected by the National School of Drama, Saurabh shared a valuable advice to the students, by stating, “If you keep falling you will rise. If you keep failing, you will succeed.”

The critically acclaimed actor, Saurabh educated the students about his process of understanding a script and the character. Elaborating on the fundamentals of perfectly adapting to a role he said, “When I get a character, I study it and I try putting life in it. If the character is positive I try finding something negative, so that it helps me to get into the character and vice versa”.

In the interaction, the multi-talented artist also enlightened the students about how he maintained a balance between acting, writing and direction. Saurabh extensively discussed the interconnection that the mentioned work profiles inculcated and how they cannot be cluttered into one. He shared, “I have also written and directed movies, but I do not let the same come in the way of the actor within me”.

Sharing insights from his professional life he stressed on the power of the human mind and explained how everything that the mind could think of, existed in the universe, and everything that it thinks of can be achieved, the impulse should exist.

In the latter part of the session, the acting students of WWI performed a small play for the esteemed guest. The session marked its end as the students along with the actor grooved to the iconic song, ‘Kallu Mama’. For sharing valuable insights and making the 5th Veda session memorable, Saurabh Shukla was felicitated with a token of appreciation by Subhash Ghai.

Sharing his experience at the cultural hub of WWI, Saurabh shared: “The interaction was wonderfully organised. I am thankful that today Subhash Ghai was mentoring the session. I am extremely happy and honoured. The children of WWI are very bright, I wish them all the luck and success.” As a parting advice to the students, he said, “choose to do what you love and you will never be working for single day in your life”.