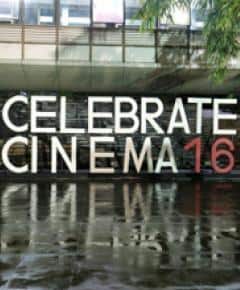 Mumbai, Sunday, 02 October, 2016: It was a treat for all the film lovers along with students of Whistling Woods International (WWI) to attend workshops, screenings and panel discussions amidst the festivity, as they participated in the biggest celebration hosted in the field of Indian Cinema, Celebrate Cinema 2016, by the ultimate showman, Subhash Ghai, at his dream institute. Participants learned the basics of movie making and allied arts in the world of cinema, media and digital media through various workshops held over two action-packed days.

In the lush green campus of WWI with existing YouTube Space and SONY Media Technology Centre, the participants experienced state-of-the-art infrastructure, technologies and facilities. They learned the tricks of various aspects of filmmaking and media studies under the guidance of experienced faculties and industry guests, starting from the inauguration ceremony on September 29, 2016 to the closing ceremony on October 01, 2016. WWI campus offered several amazing workshops, exhibits, screenings, celebrity-studded panel discussions and masterclasses at Celebrate Cinema 2016. Amazing street plays and short films made by students at Whistling Woods International on various subjects including journey of cinema and social causes like ‘Drug Abuse’ were showcased at the festival.

The purpose of Celebrate Cinema as an annual property of WWI is to invite students from all sections of society to learn, participate in activities and win awards and scholarships and motivate them in opting media courses as a mainstream career option. During the couse of the event, Meghna Ghai Puri, President, WWI also awarded scholarships to two underpriviledged students.

Highlights of the 5th edition of Celebrate Cinema included the inaugural session where students under various societies of WWI, under the mentorship of Subhash Ghai displayed their talent to the audience and media. ‘WWI Society for Social Causes’ screened three short films on ‘Drug Abuse, which received thundering applauds. Film ‘Udta Punjab’, a film on drug abuse was screened followed by a masterclass with director Abhishek Chaubey and writer Sudeep Sharma. The session was amazingly moderated by Subhash Ghai along with special invitees,Dr. Eldered Tellis heading the NGO named, Sankalp Foundation Trust along with a victim who revealed how he indulged into drugs and his rehab after 9 years.

Other highlights included three street plays by ‘WWI Drama Society’ for two days in the campus for visiting students and aspirants. ‘WWI Singers and Poet’s Society’ staged a musical show at the inaugural ceremony supported by WWI School of Music students. WWI 5th Veda team screened a short documentary on Indian Cinema collated by the team of students.

Anu Malik shared the secret of his National award winning song ‘Yeh Moh Moh Ke Dhaage’ during his interaction with the students. WWI School of Music student, Vaishnavi, surprised the audience with her performance of a song written and sung in Japanese language. Subhash Ghai screened his short film on communal harmony made in 1993 with stars kids Ranbir Kapoor, Sonam Kapoor and Tiger Shroff along with their fathers.

Meghna Ghai Puri and her team were the perfect host, who received 4000 participants from various NGOs and colleges. Rahul Puri, Head of Academics and Chaitanya Chinchlikar, Vice President, organised over 40 workshops, masterclasses, screenings and panel discussions on each and every subject related to media and film industry by 70 experts from the industry and faculty members of WWI.

At the closing ceremony Subhash Ghai moderated an open panel discussion on ‘Film Director – Actor Relationship’ with panelists Mahima Chaudhry, Shreyas Talpade, Gulshan Grover and Satish Kaushik. All the celebrities spoke about their relationship with various directors including Subhash Ghai and the grandeur festival, Celebrate Cinema’16 hosted by Whistling Woods International came to a close.

Subhash Ghai thanked the media and other guests who became a part of the two day action-packed festival.