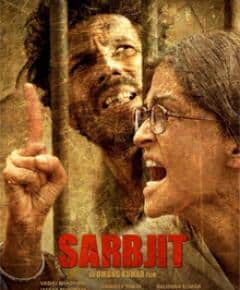 After the success of his second directorial venture, Sarbjit, Omung Kumar was at Whistling Woods International (WWI), along with his team, to enlighten the students about the art of filmmaking. The team briefed the aspiring filmmakers on various aspects of the film. When asked about the process of making a biopic, Omung said, “It’s like weaving a thread through the incidents of a person’s life and tying them together, taking the liberty of adding elements only to fill the gaps and never forgetting to stay true to their story.”

Omung also spoke about the efforts the actors put in by adding, “Randeep Hooda lost 18 kilos in 28 days. And for reliving the character he actually wrote letters and stayed in a dark lonely place for hours to get the feel and mood of the character.” Students were inspired with the dedication of the actors.

Utkarshini Vashishtha, the writer of the film said that she built major part of the script upon the conversations that she had with Sarabjit’s youngest daughter, Poonam. She mentioned, “The 18 year old daughter of Sarabjt, Poonam, came through and shared each and every experience of hers on remembering her father only through a couple of pictures and the stories told by everyone else. Little things that Poonam had shared, helped in creating emotional scenes for of the movie.”

The discussion led to the technical aspects of making the film. The students learned about the processes involved in the set designing, sound, and cinematography. The common learning from all the three was being in sync with the director’s vision of the film. In the words of the director of photography of the film, Kiran Deohans, “His vision matched so perfectly with mine that there was no way that I wouldn’t do this movie.” He also gave out his secret on lighting used on the set, “I’d rather call it ‘realistic’ lighting than natural, it all depends on the way you use it.”

The production designer, Vanita Omung Kumar, told the students about the difficulties faced while choosing locations and creating the set. She said, “The ageing process was apparently the most challenging task for us, from the characters to the decay of the set.” The sound designers, Parikshit Lalwani & Kunal Mehta explained how difficult it was to dub few months after the shoot, when the actors were completely out of their character and to get them back into it.

The students were grateful to the entire team of Sarbjit for such an enlightening session and thanked them with a token of appreciation.