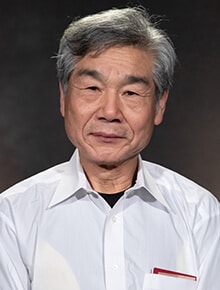 Whistling Woods International (WWI) hosted Japanese animation legend, Mr.Mugumu Ishiguro as he conducted an exclusive masterclass for the students of WWI’s School of Animation and Game Design. Over the course of a detailed session Ishiguro-san, the Co-founder and first president of globally renowned animation studio, Doga Kobo, explored the fundamentals of anime and highlighted its hidden depths and traditions.

Following the introduction of Mr. Ishiguro-san to the audience, the session began with the screening of ‘Naughty Princess and Snobbish Frog’ – a classic of the anime genre that the acclaimed animator had helped create. Taking to the stage, Mr. Ishiguro-san revealed that he had come to India to introduce and advertise his movie, Ramayana: The Legend of Prince Rama. The eager audience were subsequently treated to a glimpse of his masterpiece, and an AV that detailed the creation and critical reception of the movie.

Reflecting on the experience of creating the film, he shared, “It was a very nostalgic experience. This story was made at least 40 years ago.” He went on to describe the story behind the creation of the film, saying, “The Ramayana was written by Mr. Yugo Sako, a documentary writer working with Japanese broadcasting corporation, Nippon Hoso Kyokai (NHK). Mr. Sako came to India for a documentary and at that time he thought that this story seems to be good and let’s make a film on it. It took about 12 years and 15 million images to make the film.”

Following this revelation, Mr. Ishiguro-san highlighted the difficulties the production team overcame during the creation of the film. As he noted, “For animation, the most difficult thing is to draw many people. It takes a long time to draw a person. You are learning animation and doing animation so you must be knowing that how much efforts must have been put in.” He also emphasised the cultural challenges faced by the animation team, and their impact on the creation of the film, saying, “It took long for the people of Japan to understand because the story was from India. It was not their native story. So, to imagine the characters and to draw those anime was a difficult task.”

The conversation subsequently turned to the economic considerations behind the production of anime, and the challenges faced by the industry in the modern era. “When I was young, maybe some 50 years back, making animation and making robots and selling them was the dream of young people. Now the story is totally different. Nowadays there are so many different works available, not only anime.” The guest also stressed upon the value of building a team with various strengths, on both the business and production fronts, saying, “When you’re thinking about an animation, you should think about how it will earn business. Whom to sell, what are the requirements, all these things should be considered before you start any work. Some people are good in managing economics, and some people are good in making the animation. There should be a teamwork between them.”

With the session drawing to a close, the spellbound students had one final request for the master – to hear stories of his interactions with anime titan, Mr. Hayao Miyazaki. Mr. Ishiguru-san was happy to oblige, saying, “He was very quick. His speed of drawing pictures was very high, however, he used to work with many animators, and he used not only his own animation works but also from different freelancers. He also used to manage direction also.” He further elaborated on Mr. Miyazaki-san’s visionary style of direction, stating, “He would see the animation drawn by other people, taking a stapler, he would pin it. So according to him, it was not important to see whether the picture is good or bad, but whether it’s drawn with different idea, or different way of thinking, that was important for him. So, while directing, different situation, or feelings, also needs to be considered.”

On that uplifting note the session came to an end. As Mr. Megumu Ishiguro was presented with a token of appreciation for his invaluable insight, the students expressed their gratitude with a round of thunderous applause that filled the auditorium.